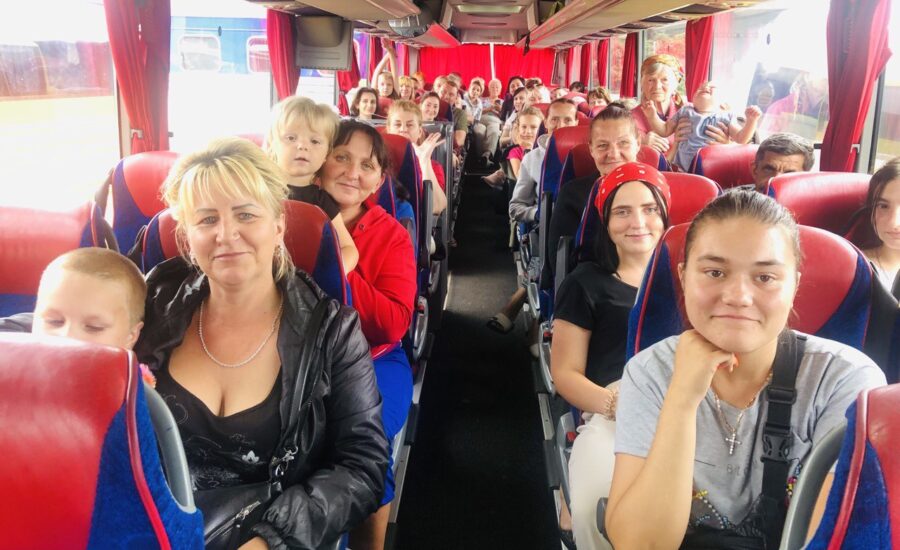 From February 24, Poland became the second home for Ukrainians. Our closest neighbors reacted immediately: they simplified the border crossing, organized round-the-clock support, food and accommodation for refugees throughout the country in their own homes and in large schools/shopping/expo centers. Ordinary people brought warm things, food, children’s toys, strollers, hygiene products to the volunteer stations.

Without this support, the cities of the western regions of Ukraine would not have been able to cope with the flow of people fleeing the war.

We would like to thank our partners who continue to help solve the complex problems of placing people, from people who need special care to large groups.

Dawid Pufelski, the representative of the International Fund Operation Aid in Poland, accepts Ukrainians in a shelter in the city of Rakshawa (Rzeszów suburb), and also regularly supplies with food packages the population of the shelled regions of Ukraine.  His care and volunteer work 24/7 is invaluable to us.

Resettling, as well as collecting buses for further evacuation to European countries, is provided by the Retreat House named after  Jana Pawła II at the Church of St. Anna in Ustrzyki Górne.

Thanks to the state program 40+, a number of private hotels also joined placing of Ukrainians. We successfully cooperate with such hotels near Krakow – Hotel Niepołomice, Willa Kachna, Osada Zator Family.

Another partner – the Poland Welcomes Foundation – this team organized several shelters in former educational institutions near the Ukrainian border in the towns of Radymno, Boratyn, Yaroslav and can place several hundred refugees, providing everyone with 3 meals a day. They support with documents preparation and help to find school places for children. Our partners also help organize transfers to shelters from the Lviv-Poland pedestrian border crossing.

Since May, evacuation from the eastern and southern regions of Ukraine has been carried out by the Patriarchal Pilgrimage Center of the UGCC. Some of the evacuees remain in relatively safe Ukrainian territories, for those who wish to go abroad, volunteers of our Foundation select the best options, find out the availability of free places and organize transportation.

Dear Polish and Ukrainian partners, colleagues, good neighbors, we bow to you for everything you have already done and continue to do as long as there is such a need!

Charitable Foundation named after the Hero of Ukraine Borys Voznytsky